Note: We did not record a formal sprint review because the nature of the work accomplished is not something that translates well to a demo.

What was the goal of Sprint 4?
Sprint 4 was the last sprint of the Summer 2020 workcycle. The top priority of this sprint was to continue the Starlight migration work. We also wanted to start work on monitoring and observability.

What is the milestone that this sprint is supporting?
The overarching goal of this milestone was to tackle outstanding DevOps issues in the backlog to ensure that our in production applications (Shoreline and Starlight) are stable and can be deployed via CI/CD.

Did we do everything we set out to accomplish?
No. Midway through the sprint we realized that we would not have the opportunity to schedule the needed discussions around monitoring and observability. The team agreed that these conversations would be a good DevOps breakout session topic for the next Surfliner-wide meeting.

What’s next?
The Surfliner team will be in an off workcycle until October 2020. Between now and then, we plan to hold a Surfliner-wide meeting and hopefully make some decisions regarding monitoring and observability. Both campuses plan to continue work on migrating our Starlight environments to Kubernetes using the updated Starlight Helm Chart. We expect continued collaboration as needed in this migration effort.

Get the latest posts delivered right to your inbox 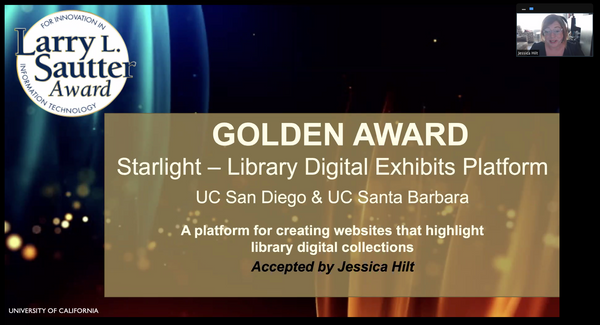 What was the goal of Sprint 16? For Sprint 16, the following goals were set: Finalize short-term workflow for ingesting data into UCSB and UCSD GeodataDetermine the look and feel of UCSB GeodataAdd rights metadata field to Geodata interfaceDetermine stakeholder priorities for next development

Stay up to date! Get all the latest & greatest posts delivered straight to your inbox